Istanbul&I: A Shiny Piece of The Mosaic

MOSAIC is the least you can say about a city that gathers about 15 million people within only 594 mi². Here in Istanbul where someone can barely have time to breath, hundreds of young locals and internationals have sacrificed their time in order to be the change, in the name of “Istanbul&I”.

A community formed of 300 members, “Istanbul&I” organizes different programs and volunteer works in so many areas of life, which would be a chaos without a mastermind. Teymour Ashkan, being a 24 old year US citizen born to Iranian parents, is the founder and coordinator of “Istanbul&I” under the maxim: “A volunteer youth community dedicated to social impact.

Along with 12 other people from different cultures and backgrounds, back in March 2016 “Istanbul&I” came into our world. The founding team mainly based its efforts on creating a storytelling platform to share stories of refugees living in Istanbul, but the team ended up organizing educational programs and community development and engagement programs instead. Accordingly, Teymour once stated: “I guess it changed… This is because it has developed through the experiences and tendencies of other people”.

Tough moving to Istanbul wasn’t in Teymour’s agenda; he thinks it was a wise choice. After a dual master study in migration and refugee studies in LSE and SOAS London, Teymour, like many people, considers Istanbul as a gateway and a city that is full of experiences. “Because my focus was on migration, part of my program was to do an internship abroad. I was afraid to go to Beirut because the work there was quite challenging so I said I can start from Istanbul and make my way towards conflict regions” he said. 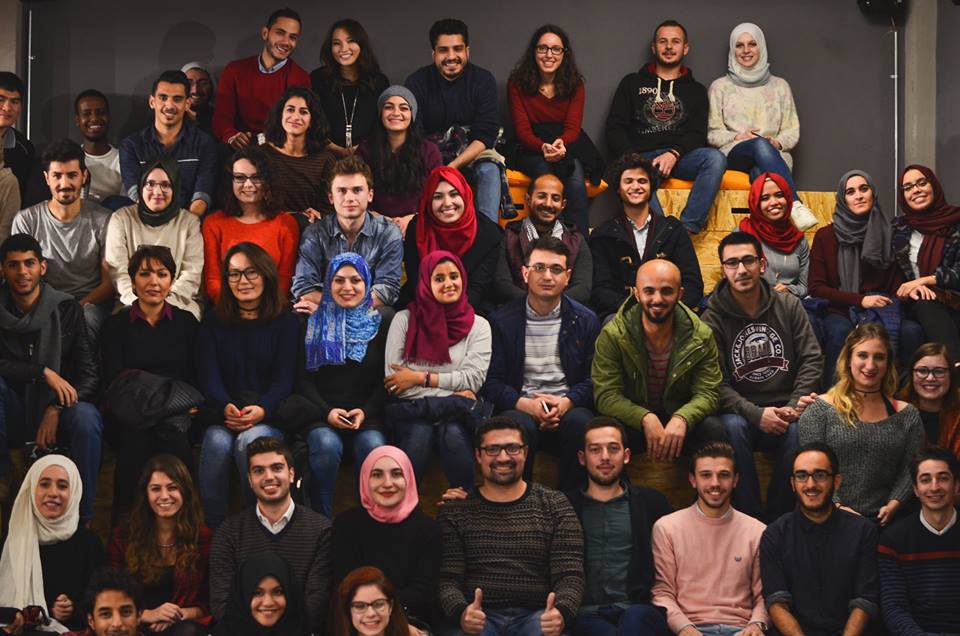 In “Istanbul&I” everyone’s commitment is a must. In order to be part of the community, the member must participate in projects or at least be an active volunteer outside the group. There are reviews at the end of every month to determine whether a member is participating or not. Inactive members for no good reason get excluded from the group. “I’m a big fan of collective and a collective is a horizontal leadership work, we share the responsibilities with each other, we all have different skills so we bring them together to create a better environment and expand our impact so that the new generation would like this environment” Teymour says.

Unlike any other successful organization, “Istanbul&I” have neither financial support nor an NGO license and such a thing has never been a challenge for them to impress the concerned entities and gain their trust. Clearly, Teymour believes that success of his community in such circumstances goes to the effort paid by the members and networks they own. Moreover, he claims that one of the reasons why the team is going bigger quickly is that they do not rely on money to create an impact in the open.

The legal side is not a problem to the team simply because working well with the system has paid off in that Istanbul municipality recognizes “Istanbul&I” by their outward impact and the difference it is making. Indeed, Teymour from his side highlights the importance of maintaining good contact with officials. He once confirmed: “It is good to let them know what you are doing especially in these sensitive times, some things are being said like it is not fair to be working under such pressure from the government, but this is how the situation is… And honestly you don’t need to cause a lot of drama to do well”.

The group is now in the process of getting an NGO license, which will make their work a lot easier. They are starting a fundraising campaign nowadays and they are looking for 13,000 to 15,000$; this will get them a space for one year and a budget for some activities.

“A license is a force to be recognized with” Teymour declares “I think we always worked in a limited path I think we have a huge potential, other groups are always surprised by our growth and our impact so far, so I think an NGO license would double our impact and improve the quality of our programs”. Several months ago, Teymour was asked whether he has any intention to expand abroad, and guess what? The next city could be belonging to the Arab world. He profoundly thinks that such initiatives are needed in the Arab world to start social impact especially after the refugee crisis in the last years.

In addition, Teymour seems to be consistent with the concept: “it’s good to start local and start small, if you are making a difference in your street that’s a big step”. He recommends the rising leaders not to try to be perfect from the beginning; they just have to focus on starting local and starting small so that they will make their way to perfection step by step.